We have successfully launched our NGO “Citizen Diplomats for Syria”, November 21st, during a German-Syrian evening in Hannover city- Germany hosted by Diakoneshes Werk Hannover.
The ceremony was attended by Mr. Pastor Müller- Brandes, Mr. Thomas Hermann the Mayor of the city of Hannover, representative of the government of Lower Saxony state government Mrs. Botta- Biercamp, Dr. Carsten Wieland the representative of the Federal Foreign Office, his excellency ambassador Stefan Van Wersch (Head of the Secretariat- Group of the Friends of Syria) and representatives of the Free National Assembly of Former State Employees of Syria and many other German NGOs and media persons.

Hold a cause, be a citizen diplomat for Syria. 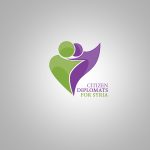