The Guardian has obtained evidence that a handful of bureaucrats have banned important evidence of war crimes in Syria from going on official display at the European Parliament. A vetting committee has deemed these pictures “disturbing and offensive”.

READ: “European parliament accused of ‘hiding away’ proof of torture by Assad regime”

These photos – part of the 55,000 smuggled out by a brave defector from the Syrian regime – have identifying numbers scribbled on their bodies and many show the signs of extreme and systematic torture. These Auschwitz-esque pictures are important because they show the world what’s really happening inside the Assad regime’s prisons and hospitals. They are the most powerful reminder to politicians of why they need to act to stop the violence against the Syrian people.

The number of Syrians being held in prisons since the beginning of the uprising in March 2011 could be as high as 215,000 according to a recent report from the Syrian Network for Human Rights. Nobody knows how many tens or hundreds of thousands still remain in detention but no doubt many are suffering the same torture that the European Parliament isn’t prepared to look at, let alone take stronger action to stop.

The European Parliament has displayed pictures from the Holocaust and the Rwandan Genocide before – so there’s no reason why Syria should be an exception. When these exact photos were displayed recently at the United Nations in New York they helped accelerate a conversation around accountability and justice, that’s why it’s so important this exhibition happens.

The organisers of the exhibition said there would be many clear warnings around the graphic nature of the content. They even offered to reduce the number of pictures on display, to withhold the most graphic pictures of torture by the Assad regime. But this 5-person committee replied saying their decision was final and they would not reverse it. The only alternative is an unofficial exhibition in a committee room tucked far out of sight, but the tiny number of people who would see it defeats the point of the exhibition.

The exhibition was scheduled for the 13th of July and there is still a chance for us to challenge this decision. The committee that banned the official display of these photos can be overruled by the European Parliament’s president, so let’s send him a message right now demanding that he authorise the exhibition.

Hundreds of thousands of family members of those tortured to death are still alive, still searching for justice. For them it’s inconceivable photos of their relatives would be described in such terms, hidden by one of the world’s most influential parliaments.

While these crimes against humanity continue, we cannot let our leaders look away. Please use the form to send an urgent message now to Martin Schulz, President of the European Parliament.

The five people on the committee refusing the exhibition are:

The President of the European Parliament is also on Twitter: @martinschulz A woman reacts as she looks at a gruesome collection of images of dead bodies taken by a photographer, who has been identified by the code name “Caesar,” at the United Nations Headquarters in New York, March 10, 2015. REUTERS/Lucas Jackson 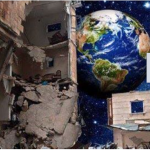 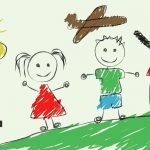