Syria between the West and other worlds

The panel included leading geostrategic analysts, legal experts and diplomats, who provided a multifaceted insight on the Syrian crisis, its root causes, and its legal and geopolitical implications.A speaker at the conference, EFD researcher Tommaso Virgili warned of how Islamists of various sorts are taking advantage of the Syrian crisis to advance their extremist agenda through a number of different means. On the one hand, he stressed the danger of underestimating Islamist groups fighting Assad. On the other hand, Wahhabi ideologues, and Muslim Brotherhood-affiliated organisations are exploiting the refugee crisis to advance their extremist agenda.Both Virgili and Haytham Hmeidan, a former Syrian diplomat also speaking at the conference, presented the project that EFD and Citizen Diplomats for Syria are developing in order to facilitate the inclusion of Syrian refugees in Europe. 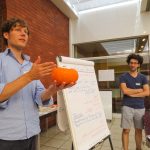 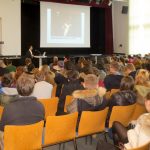 The Syrian Refugee Crisis at the International School HannoverEvents